a look at recent client projects
GETTING THE WORD OUT ABOUT CROSS KEYS FARM
Cross Keys Farm needed to get the word out about its fresh-from-the-fields fruits and vegetables sold at its farm market in Harrisonburg, Virginia. It turns out, it's the only farm in the region to grow 100% of its produce, unlike competing entities, which buy some or all of their goods at weekly auctions. The farmers at the helm of this impressive operation not only toil in their fields, but are experts in horticulture and orcharding. The problem? Not many knew they existed, and their branding didn't tell or sell their message. I recommended they expand market days and hours, use signage and social media to clarify offerings and hours and allow me to create ongoing Facebook and Instagram advertising campaigns to share who they are, what they sell and why folks ought to give them a try. I also changed the look of their website and tweaked the content to reflect their solidified brand. These efforts brought lots of new customers to the market—reportedly the best year they've had—and gave them an idea of how to manage that in future seasons. 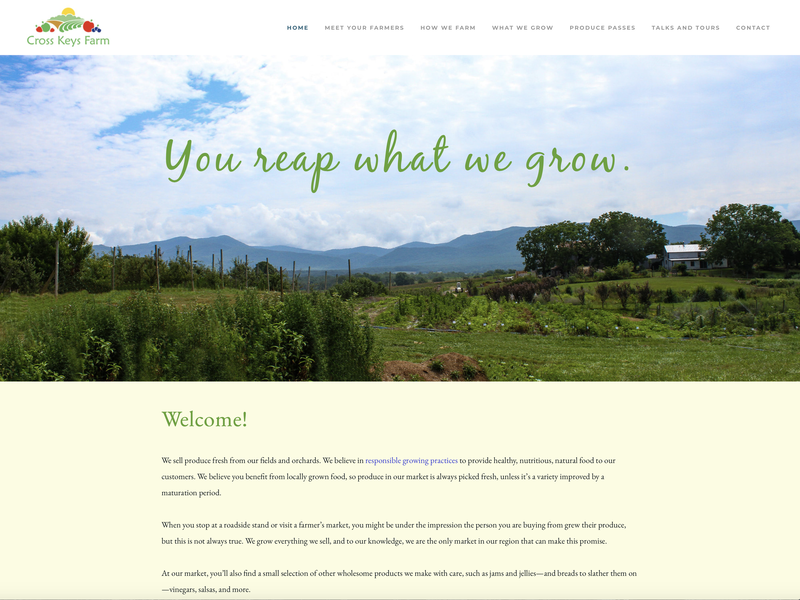 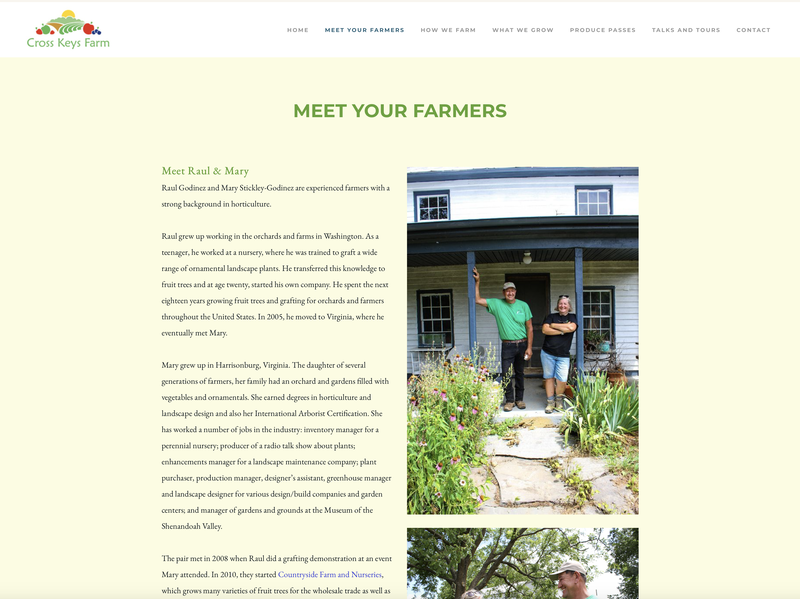 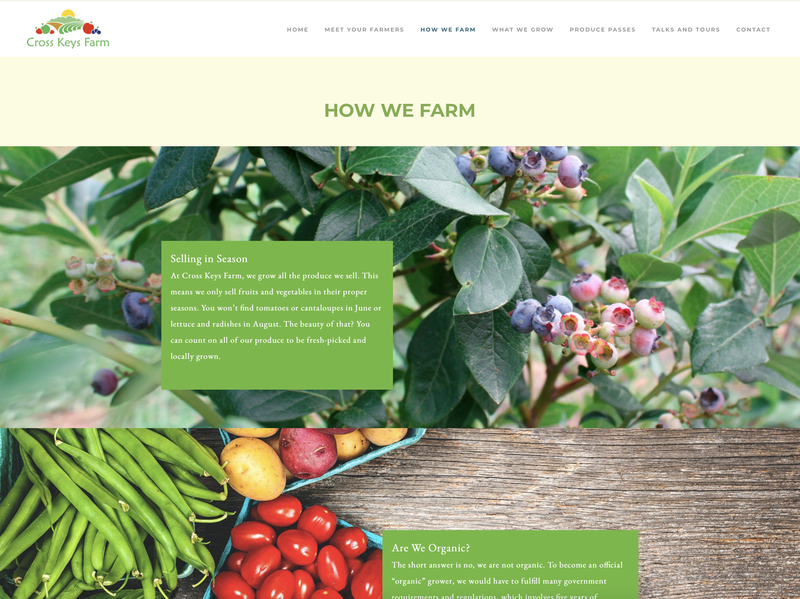 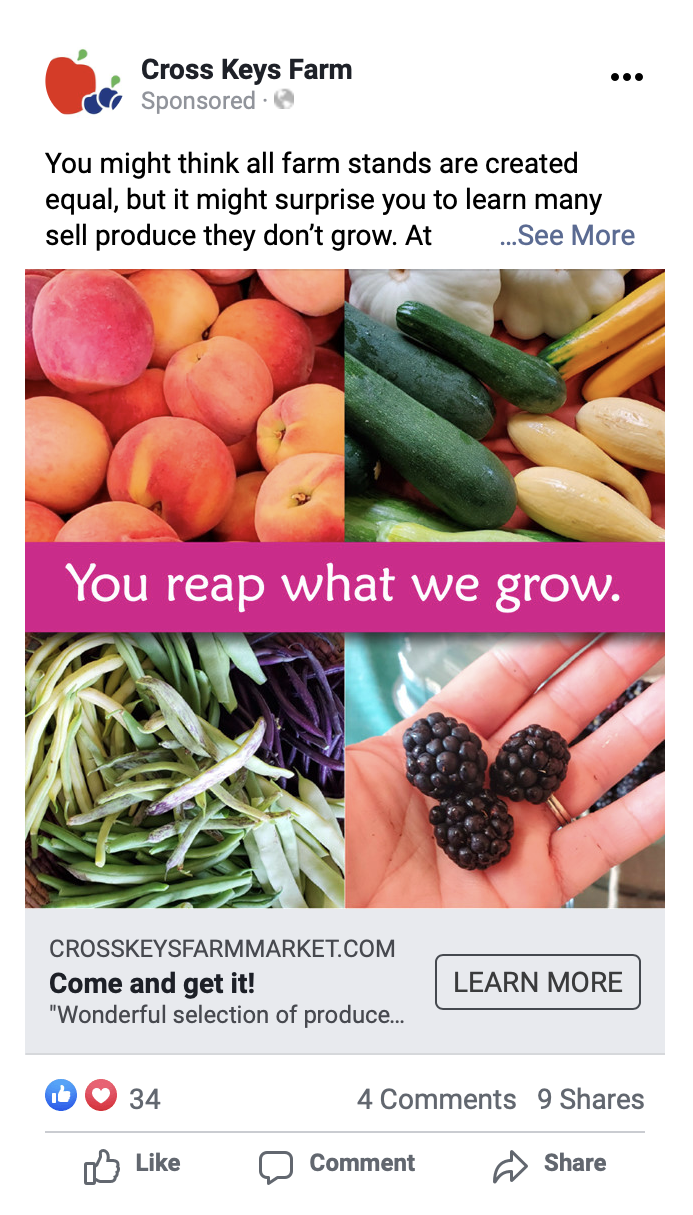 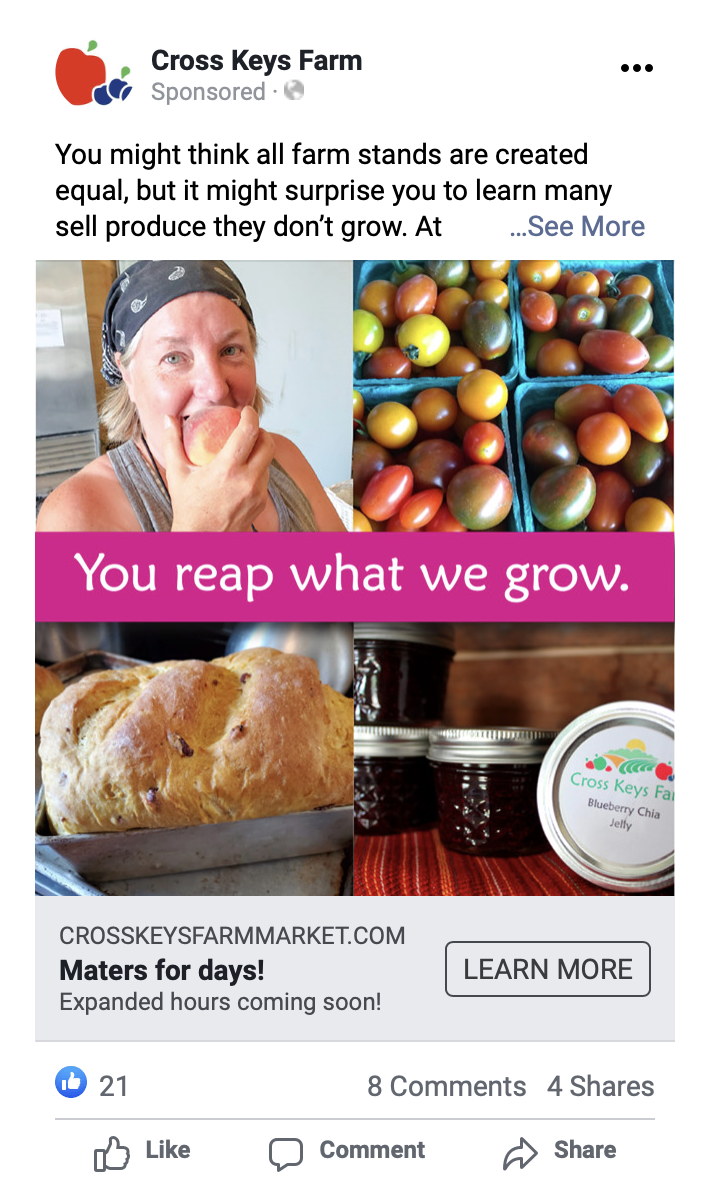 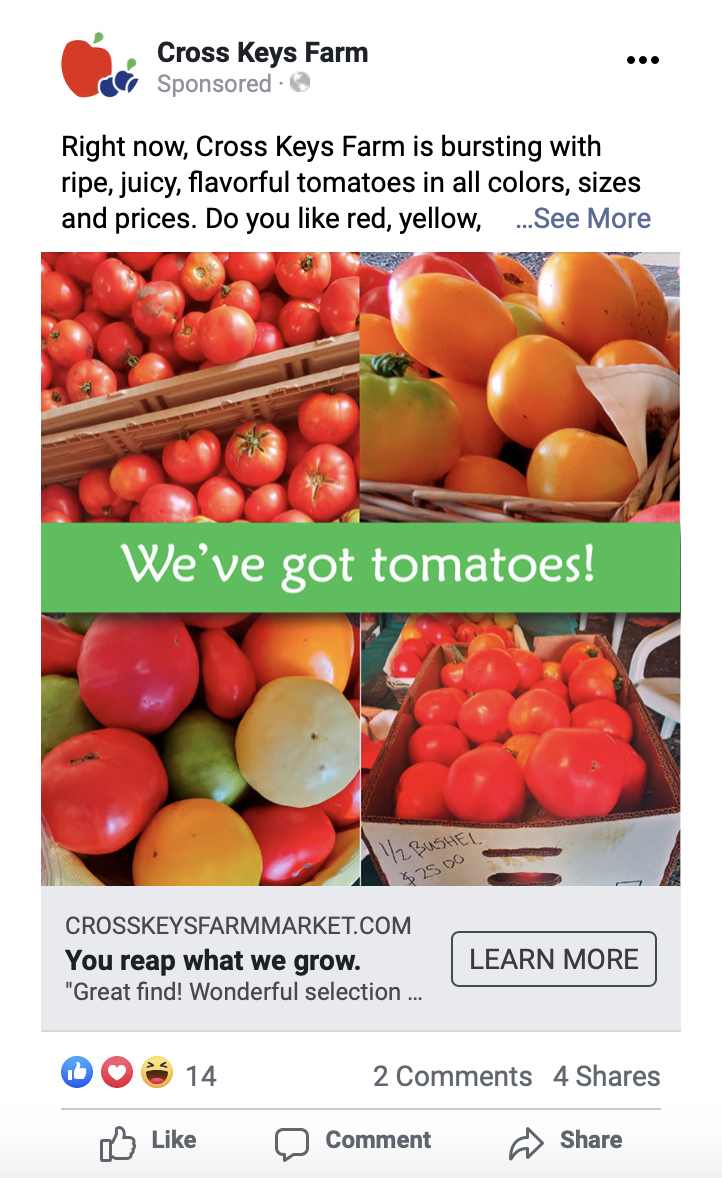 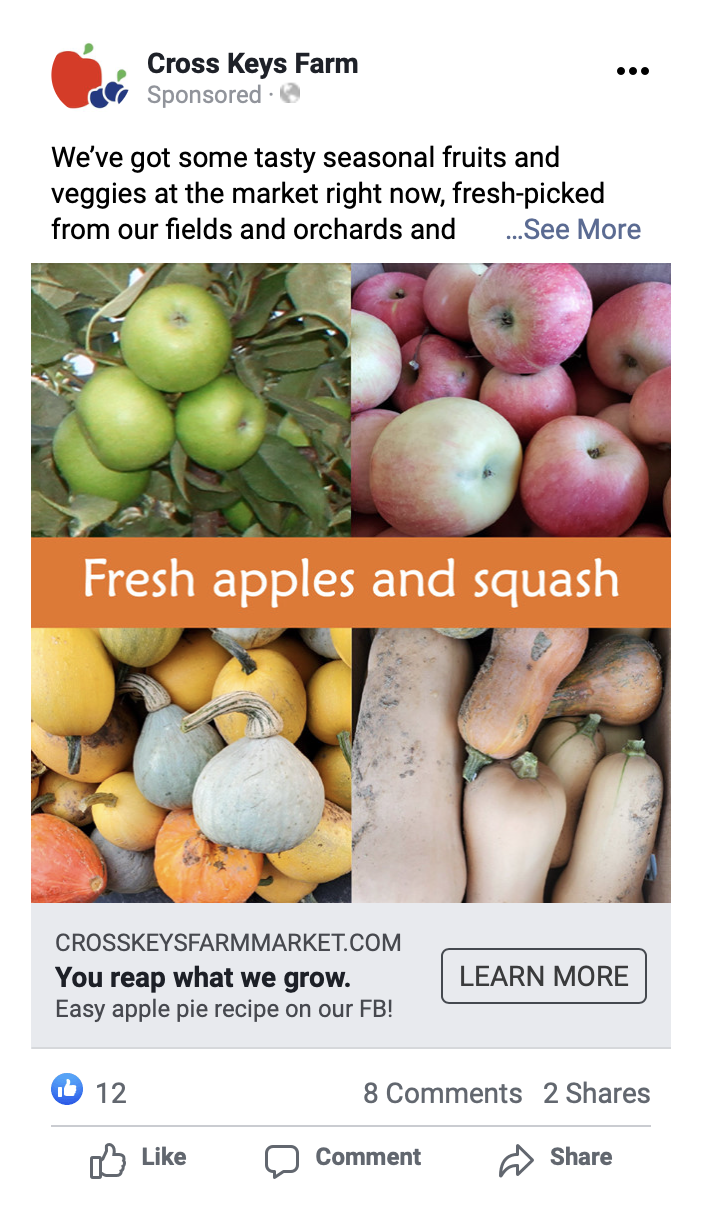 REBRANDING MATTHEW JAMES CONSTRUCTION & DESIGN
Distinguishing yourself in the glut of providers for remodeling and home construction services in the central Florida market ain't easy, but it always begins and ends with integrity. This is true for any service provider, but with the builder trades, many negative experiences equate to homeowners feeling worried and distrustful about who to choose for their project. Recommendations are critical, but so is someone you can trust to deliver a skilled, satisfying outcome. Jaime Bojanowski and his company, Matthew James Construction & Design, is such a provider as his loyal following will attest. His branding needed a reboot, and that began with his website, which now reflects his code of ethics, professionalism, skills, work and of course, praise for the aforementioned. 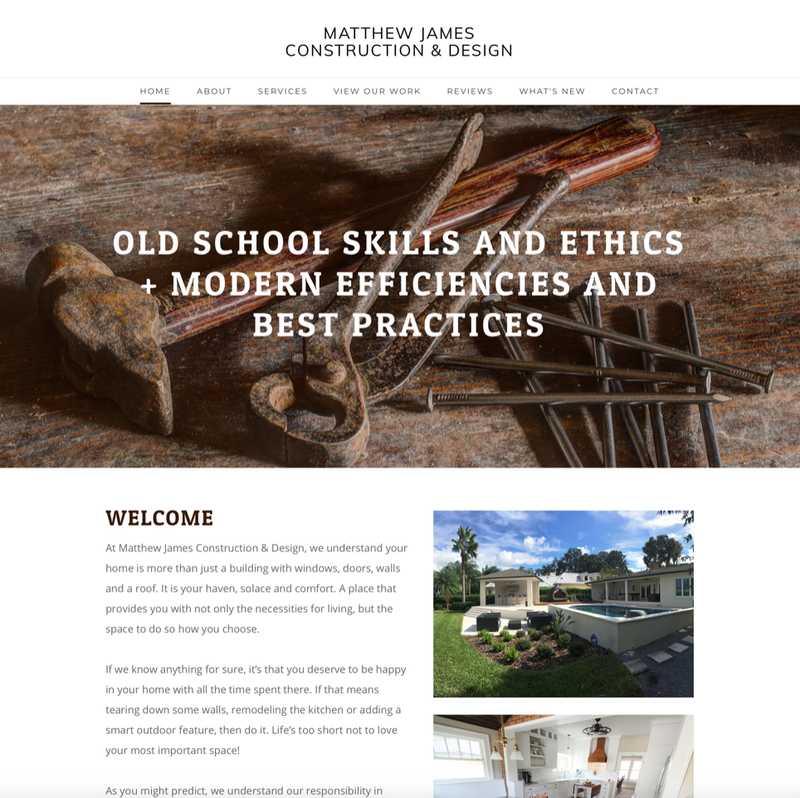 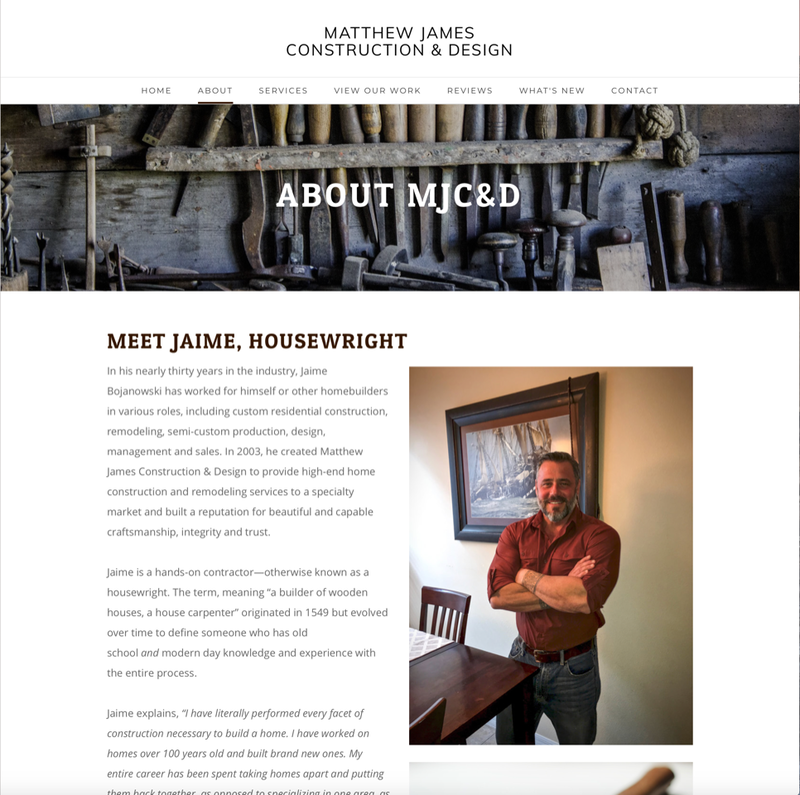 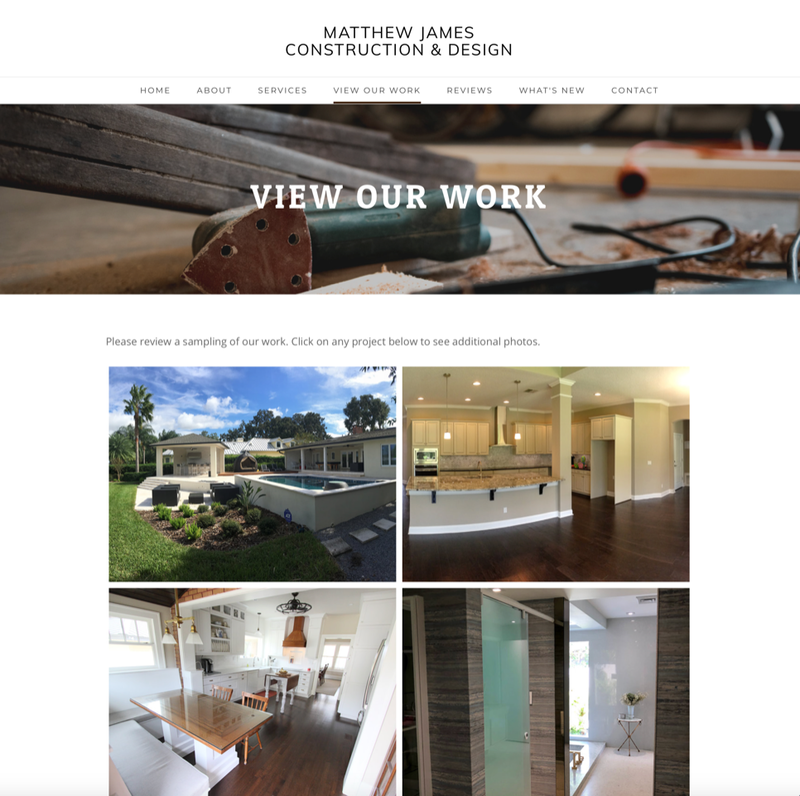 IDENTITY FOR POWDER KEG FARMS
Powder Keg Farms provides vegetables, fruits, herbs and poultry eggs to regional restaurants and was in need of an identity and website as part of its initial marketing communications. This client farms the land the "new, old way," using tried and true heritage farming principles—which in today's food conscious world, should sell itself. UPDATE: Since getting underway with branding and farming, PKF has expanded its operations and clientele dramatically. It now has a four-season CSA with happy shareholders, has a contract to provide wholesome produce and eggs to an area public school, and is a Certified Naturally Grown facility. The branding components have expanded right along with the farm to foster good communications with potential vittles eaters. It's really been amazing to watch this farm take off! 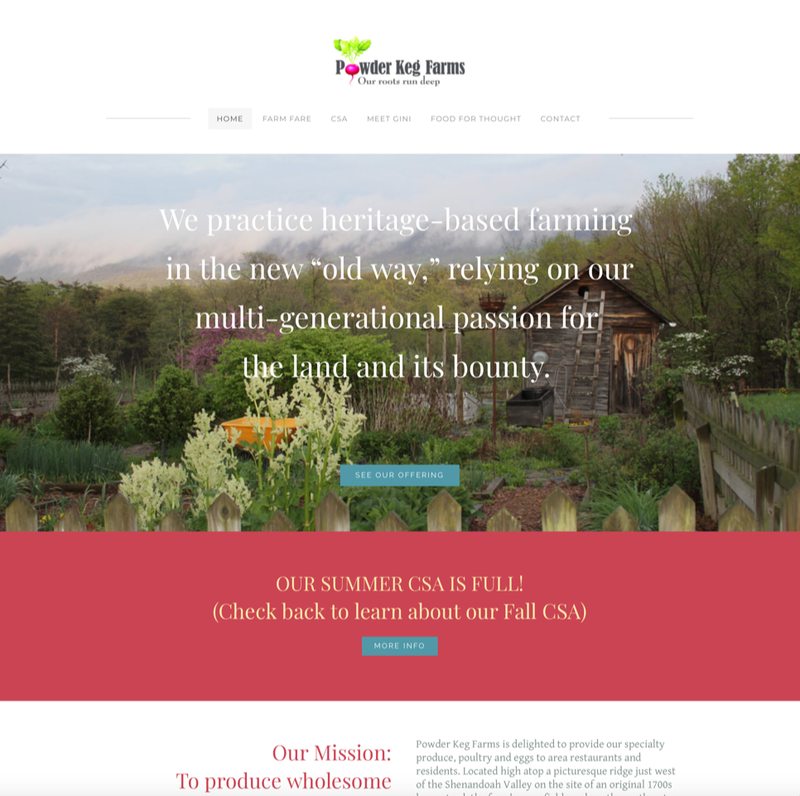 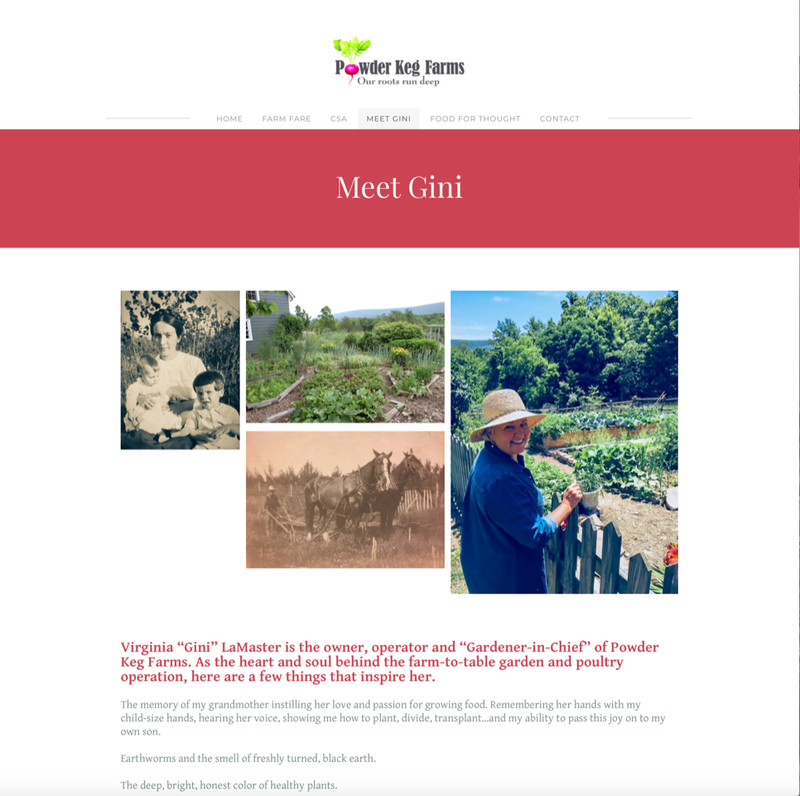 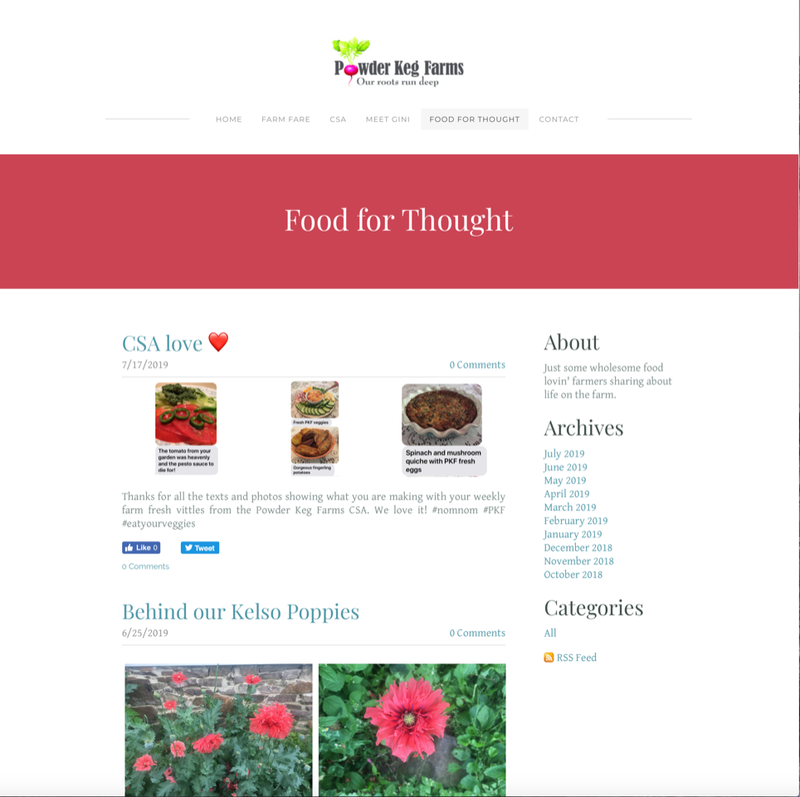 BOOKLET FOR RIFLE BUILT BY DANIEL BOONE
I had the privilege of creating a 16-page booklet about a rifle thought to have been built by Daniel Boone for his son, Nathan. The owner of the gun, who is an expert on Kentucky Long Rifles, did fairly extensive research. I edited existing text, created new text and used existing and new imagery to create the booklet and guide the reader through the process and players to outline the findings. The name of the gun owner and client was removed to protect their privacy and as a result, only a handful of pages are included in this sampling. In addition to the booklet, I created a matching CD that holds images of the rifle. The booklet was ultimately leather-bound. 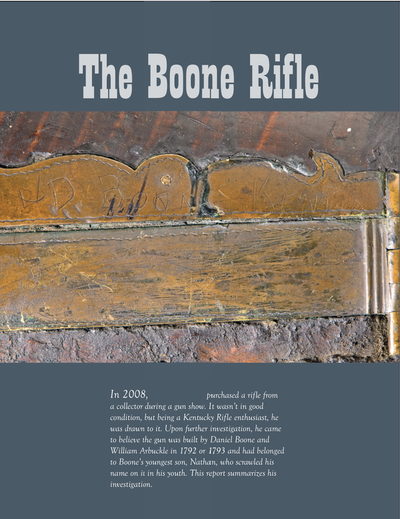 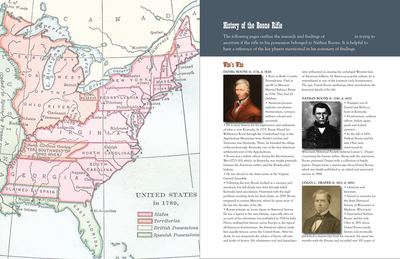 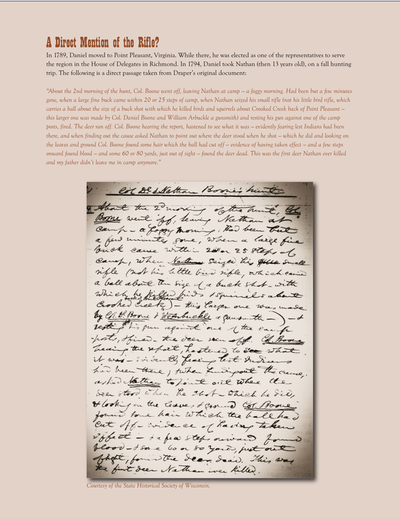 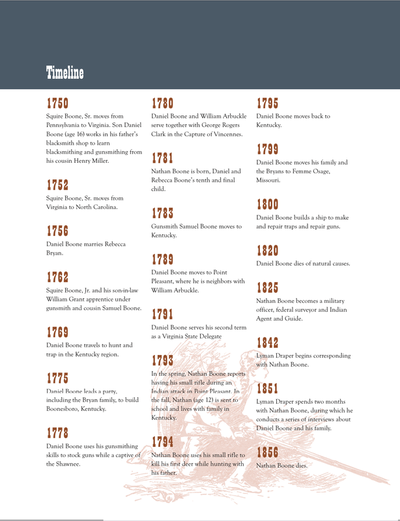 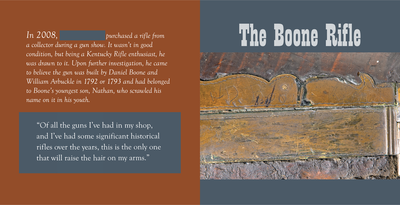 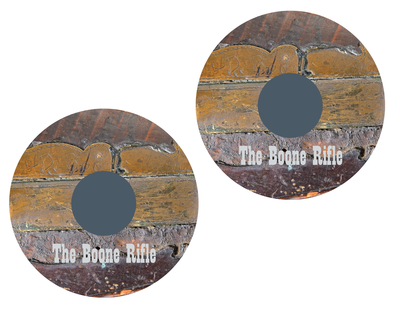 REALTOR COMMUNICATIONS
I've been reinventing realtor communications for Dan Whitacre, a realtor in the Winchester and Shenandoah Valley region, to something more human and relatable instead of the same old smiling head and boring tactics. It helps that my client is amazing at his job, personable and professional, not to mention willing to try something new. We've revamped his basic marketing elements, shot custom photography specific to our goals, created ongoing communications with former clients and focused on engaging social media posts, including some video ads. As a result, engagement is up and he is staying top of mind for that time when people need a realtor to get the job done and trust that he is the man to do it. 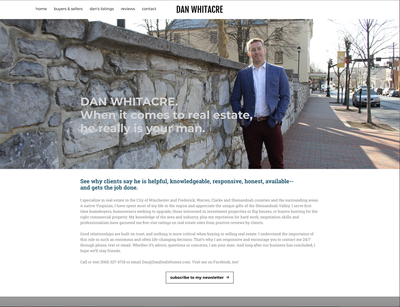 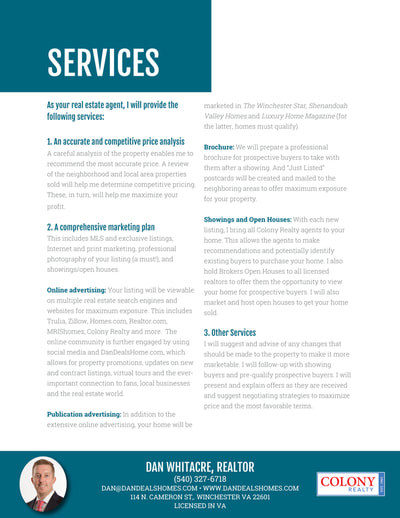 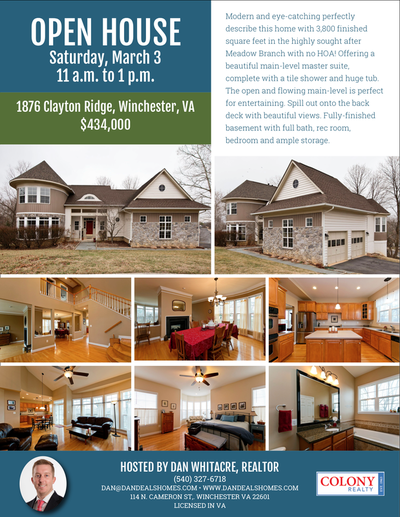 JUDICIAL CAMPAIGN
I created marketing materials for the Camilletti for Circuit Court Judge campaign when David made his bid in a competitive campaign culminating in West Virginia's election on May 8, 2018. To distinguish him from the other two candidates in his division, we focused on presenting David as a seasoned professional yet relatable—the "everyday" man he is with an impressive depth and breadth of experience. David lost the three-county campaign by a mere 118 votes (despite being the most experienced in matters of law and the only native West Virginian) in the last moments of the election tally, reminding us poignantly how every vote matters. 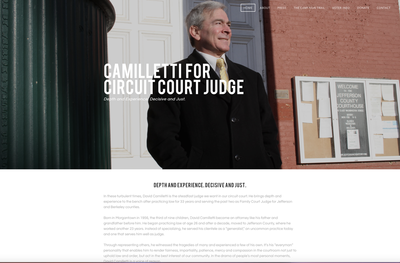 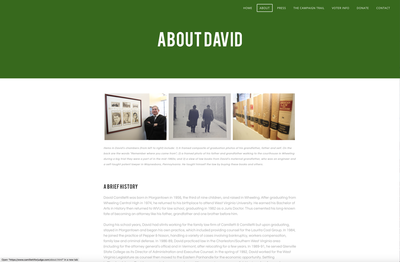 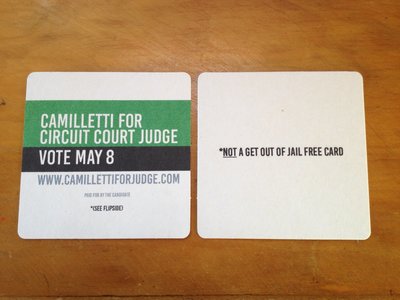 BOOK PROMOTION VIDEO
Ginny Fite is a West Virginia author, poet and artist. I have done public relations for a few of her book releases. For this release of Lying, Cheating, and Occasionally Murder, the third in her Whodunit mystery series, I created a compelling video ad, which aired on Facebook and Instagram, along with ads on Bookreads. Ginny reported initial sales for Lying, Cheating, and Occasionally Murder were triple what initial sales were for the other two books in the series in the first quarter after the launch. She also reported sales for her first two books, published in 2015 and 2016, doubled in the first three months of 2018 above where they were in 2017. A great success! Check out her website, www.ginnyfite.com, for more information about her books.
ANTI-HATE PSAs
Sometimes, I am compelled to create without a client in mind. In this case, it was this anti-hate campaign of PSAs. Feel free to download and share in your school, workplace or anywhere it will get exposure and cause people to pause and think differently. 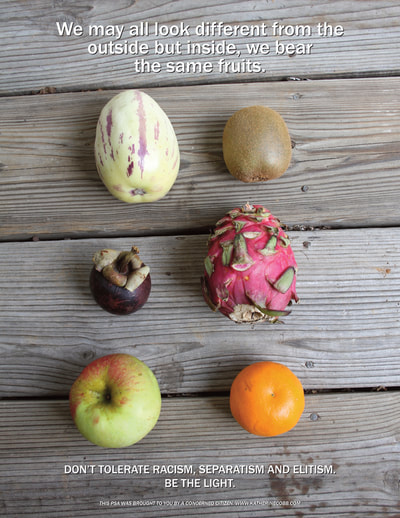 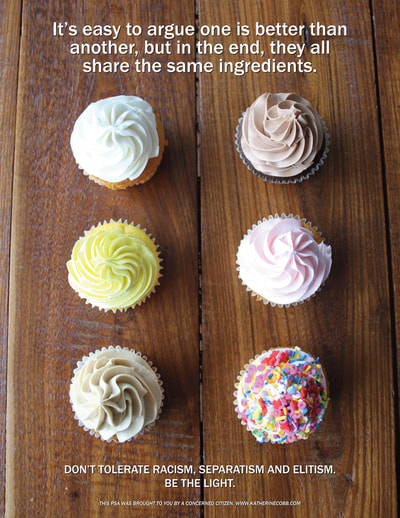 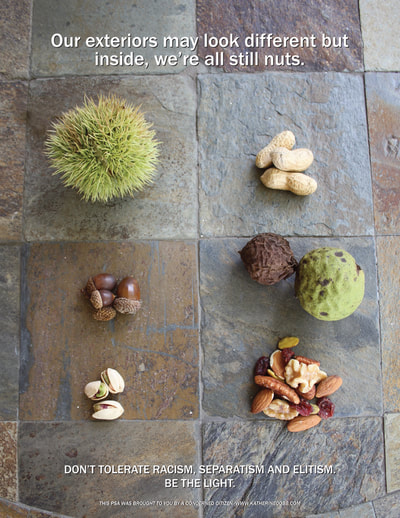 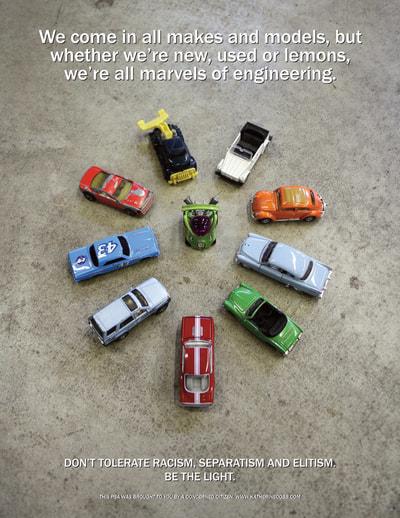 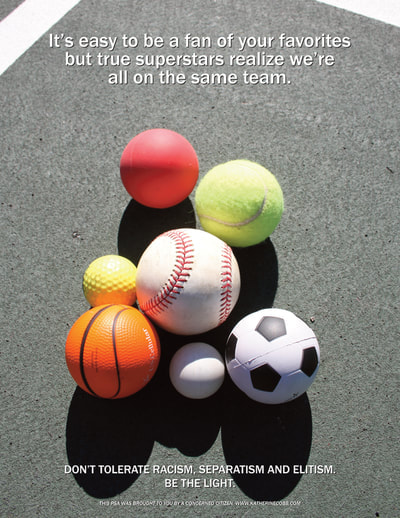